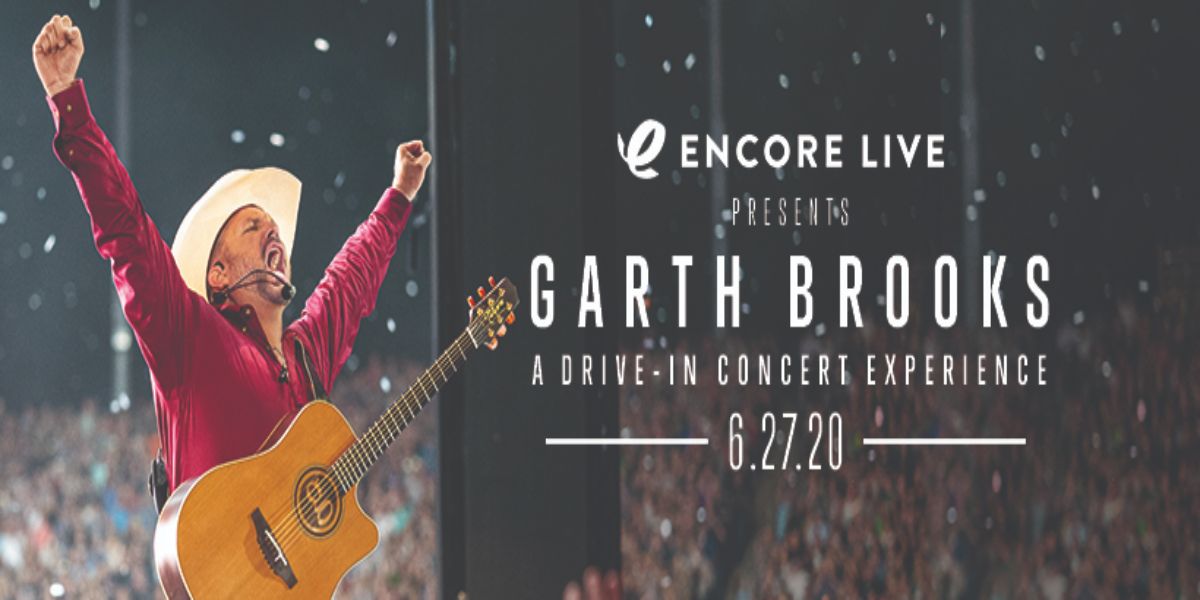 Friends in low places? Nope. Garth Brooks wants his friends at the drive-in.

The reigning CMA Entertainer of the Year announced Thursday plans for a one-night drive-in concert event on June 27. Brooks and his band will broadcast the performance to an estimated 300 outdoor theaters in North America.

Brooks and company created the show exclusively for the theaters, a news release said. Tickets to the rain-or-shine event cost $100 per car and can be purchased June 19 at 11 A.M. CST via ticketmaster.com/garthbrooks.

The CAJUNDOME will host a pop-up drive-in theater at CAJUN FIELD with a show-time of 7:30PM.

Texas-based event company Encore Live produces the show. The concert, filmed exclusively for this event, will be a once-in-a-lifetime experience. The concert will be the largest ever one-night show to play at outdoor theaters across the United States and Canada.Each broadcast location will adhere to local health guidelines, a news release said. See below for more information.

Tickets are $100 per vehicle (must have legal seat belt for each passenger, up to 6 passengers.) No RVs or limousines.

Guests and staff will adhere to current CDC and state/local guidelines regarding social distancing as it pertains to the following in order to prevent the spread of COVID-19:

Prepare before you attend:

Coming from out of town? Book a room at the Hilton Garden Inn, located across the street from the CAJUNDOME.